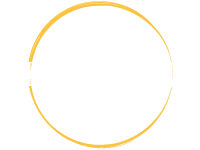 Discover the Beauty of Tanzania: A Guide to Safari

A safari in Tanzania is a truly unique and unforgettable experience, offering visitors the chance to see some of the most beautiful and varied landscapes in Africa, as well as the chance to encounter a wide range of wildlife. From the vast savannahs of the Serengeti to the rugged beauty of the Ngorongoro Crater, there is something for everyone in Tanzania.

One of the best ways to experience a safari in Tanzania is by choosing one of the many different types of safaris available. For example, a car safari is a great way to see the vast expanses of the Serengeti and other national parks in comfort, while a walking safari offers a more intimate and immersive experience. For those who prefer to explore on foot, Brilliant Adventure & Safaris offer the best walking safari packages in Tanzania. For those planning a first-time safari, the northern circuit is the best place to start, as it is home to some of the most famous and iconic national parks in Tanzania. The Serengeti National Park is undoubtedly the most famous of these, and is widely considered to be one of the most spectacular wildlife reserves in the world. The park is known for its incredible wildebeest migration, in which millions of wildebeest, zebras, and other grazing animals make their way across the Serengeti in search of food and water. The best time to witness this incredible spectacle is between June and August.

Other popular national parks in the northern circuit include Tarangire, Ngorongoro, Lake Manyara, and Kilimanjaro. Tarangire is particularly famous for its large elephant populations, while Ngorongoro is known for its incredible volcanic crater, which is home to a wide range of animals, including lions, hyenas, and black rhinos. Lake Manyara is known for its beautiful lake and diverse birdlife, while Kilimanjaro is the highest mountain in Africa and a popular destination for hikers and climbers.

In addition to the national parks, the northern circuit is also home to a number of other protected areas, including the Arusha National Park and the Lengai volcano. The Arusha National Park is a great place to experience the beauty of Tanzania’s highlands, while the Lengai volcano is one of the most active in the region, and offers an unforgettable experience for those who are able to climb to the summit.

Overall, a safari in Tanzania is an incredible experience that will stay with you for a lifetime. Whether you’re a first-time safari-goer or a seasoned traveler, there is something for everyone in this beautiful and diverse country. From the awe-inspiring wildebeest migration in the Serengeti to the rugged beauty of the Ngorongoro Crater, you are sure to be amazed by the natural wonders of Tanzania. With Brilliant Adventure & Safaris you can have the best safari packages that take you to the northern circuit of Tanzania. So pack your bags and get ready for the adventure of a lifetime!

We work with you to create a personalized itinerary that suits your interests, preferences and travel style. Be it a luxury holiday for two, a family vacation, an exotic honeymoon, a solo adventure or a girls’ getaway. Please do not hesitate to contact us to start planning your private safari.

We use cookies on our website to give you the most relevant experience by remembering your preferences and repeat visits. By clicking “Accept All”, you consent to the use of ALL the cookies. However, you may visit "Cookie Settings" to provide a controlled consent.
Cookie SettingsAccept All
Manage consent